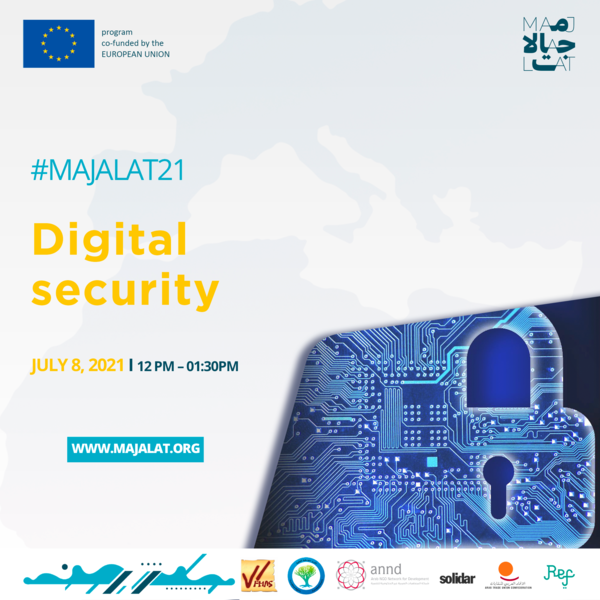 Security, recently emerged as a priority theme in the structured dialogue as its importance increased in EU external action generally[1] and in its Neighbourhood Policy[2], following increased violence and extremism on both sides of the Mediterranean. Three subthemes of interest to the EU were identified: 1) preventing and countering violent extremism, 2) digital security and 3) the gender dimension of security and violence against women.

Workshops promoted the participation of civil society experts, project staff and EU representatives, and were structured in three rounds linked to overarching objectives: to reflect on the impact of the COVID-19 crisis in the Euro-Mediterranean region and follow up on the recommendations made during the 2019 MAJALAT activity cycle; to build knowledge and understanding of civil society participants with regards to relevant EU policies; and discuss challenges and opportunities in the thematic area in the current context and identify key recommendations for EU policies and civil society organisations.

A series of webinars were held under the new thematic pillar of ‘Security’ – in which plenary and interactive discussions and working sessions allowed all participants to share ideas, examples and questions.

The 2020 Covid-19 pandemic exacerbated the root causes of violence in the Euro-Mediterranean. The implementation of emergency laws by states in order to manage the impact of the pandemic generated restrictions to freedoms of movement, freedom of expression, and increase of police violence and digital surveillance. Civil society organisations, neighbourhoods and individuals had to step in to provide basic services like food and housing.

Spreading fear and creating opportunities for repression, the pandemic created a fertile ground for violent extremism. Meanwhile, lockdown and security measures have led to drastic confinement measures with people and their frustrations locked at home. This led to increased levels of gender-based violence and abuse. The pandemic and state responses seem to further entrench inequalities, impunity and abuse which may deteriorate the level of security in the Euro-Mediterranean region in the longer term.

Exacerbating power dynamics and control, the crisis presented opportunities for oppressive institutions and individuals to exert and abuse power, including economic and political. In particular, universal healthcare and social protection for women and men of all backgrounds were been brought forward as a key area where the EU could help.

Because everything is linked, sectoral approaches are insufficient, if not detrimental. The themes brought out by MAJALAT discussions on security should be addressed through holistic, coordinated programmes. While the EU increasingly uses the humanitarian, development-peace nexus in policy-making, translating the integrated approach in practice remains a challenge and different approaches security between civil society experts, and EU institutions continue to prevent more tangible discussions from taking place.

State security is perceived to be dominant in EU-Southern Mediterranean relations, while civil society participants advocate for a wider conception of security aimed at primarily at social cohesion and prevention and protection from state violence.

Preoccupied by the increase in violence and rights violations brought by lockdown measures, civil society participants encouraged the EU to make its action more rights-, gender- and conflict sensitive so that it does not exacerbate inequalities and root causes of violence.

Prioritising women’s economic, social and political rights will increase access to services and empowerment. In this context, the role of civil society groups is crucial as they step in to provide services where states have retreated. As frontline workers, their participation in EU policy formulation, and implementation of security-related issues beyond consultations also emerged as a key priority, in particular as the new Agenda for the Mediterranean issued in February 2021 will guide the EU’s action moving forward.

Digital technology rapid deployment and support to repressive state surveillance remained at the heart of concerns of Majalat participants. In order to inform upcoming policy discussions between civil society, partner countries and EU institutions, the consortium commissioned a report on the role of the EU in supporting digital rights in the Southern Mediterranean in May 2021. The report identified key trends and focused on data protection and cybersurveillance.

As the digital revolution is affecting all areas of life, personal data protection architecture is key to safeguard privacy, a cornerstone of fundamental freedoms. In the MENA region, countries with stronger institutions and legal corpus have pioneered digital privacy laws, often encouraged by the EU’s adoption of the GDPR. Overall regulations are still weak because they do not define specifically enough the nature of violations, and do not set strong safeguards and remedy against abuse. Laws and their enforcement tend to be permissive towards companies, state bodies and security forces. A majority of governments in the region appear to be primarily concerned with developing opportunities for e-commerce, telecom and tech industries.

There also seems to be a disregard for privacy as a human right; data being seen as a resource that should be taken advantage of and protection primarily as that of assets and market flows. Unrolling digital transformation of the economy with weak data protection laws and without strong cybersecurity strategies and capabilities could leave citizens and institutions vulnerable to increased state surveillance, malign attacks or data mining by private companies.

In its new Agenda for the Mediterranean published in February 2021, the EU identified disinformation, cyberthreats, and accompanying the digital transition in the region among its priorities. The new policy presents digital transformation in the Southern Mediterranean as a way to “tap into the region’s economic potential” by modernising trade and investment relations and creating a digital economy hub that is competitive and that contributes to EU post-Codiv-19 pandemic recovery.

In this framework, the EU makes a clear commitment towards supporting data protection regulations and governance, which responds to a key concern of digital rights activists, and could influence positively privacy debates, digital skills-building and safety of citizens in the region. However it is unlikely to have substantial impact if the level of regulations of the tech industry in Europe and the region remains abnormally low. It will be difficult to evaluate both policy and practice of data protection in the region, as the tech and cybersurveillance sectors continue to enjoy a disproportionate level of opacity thanks to secrecy laws. Public-private partnerships could contribute to increase opacity in favor of big tech and telecom companies, who have an incentive to have to take down barriers to data circulation.

Ensuring data protection and privacy means that people should have control over what private information is collected or shared about them. Supporting local understandings and innovation on privacy and data protection and regulation could have a positive impact on human rights and increase space for civil society.

While GDPR is considered as a golden standard, it is only as good as its implementation and impact. It is crucial that GDPR-inspired data protection measures in the region take into account the local and global economic, political and conflict dynamics so that they don’t  further entrench oppressive systems.

[1] The Global Strategy for the European Union’s Foreign and Security Policy (2016), @ https://eeas.europa.eu/topics/eu-global-strategy/17304/global-strategy-european-unions-foreign-and-security-policy_en 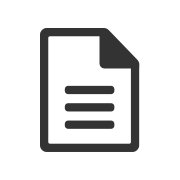