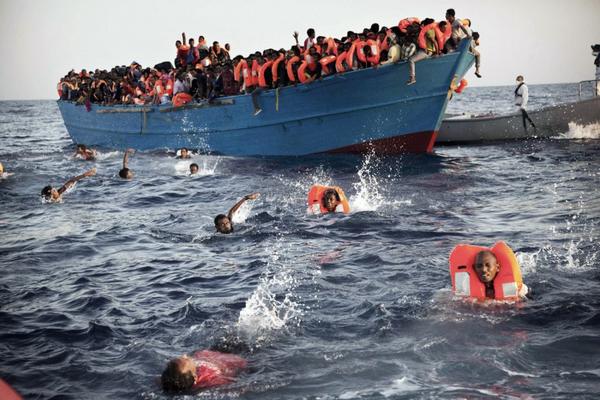 Humanitarian organizations accused the European Union last Thursday of using the the Mediterranean’s surveillance planes to monitor migrants and alert the Libyan side of any sailing operation.

The aforementioned organizations stressed that tens of thousands of migrants were prevented of entering Europe and simultaneously got deported to Libya.

This strategy caused a high rate of drowning and deaths, according to the same source.

These organizations have also claimed that European countries have essentially abandoned their duty to save migrants at sea in order to prevent them from reaching their shores using an aircraft from the European border control agency “Frontex”.

According to the same group of NGOs, Frontex uses drones and aircraft “to demonstrate the presence of boats in dangerous condition and to locate them without carrying out rescue operations.”

Frontex only monitors these boats in the Libyan maritime field and abstains from alerting the Libyan coast guard to their job which consists of transferring these boats to their coasts and arresting their passengers.

A “Frontex” spokesman said on the other hand that such allegations were “totally false”, adding that the agency had helped save more than 330.000 people in recent years.

The same representative also denied the agency’s use of drones. Frontex explained that under international law, it is up to the “specialized rescue center” to identify the boats and in which areas these boats are located and based on these findings they would be invited to participate in the rescue operation.

Despite Frontex’s responses, the group of NGOs insisted that European Union aircraft “would detect migrant boats that are in life threatening situations, and would only contact the Libyan authorities to effectively prevent other boats from saving migrants and landing survivors in a safe port outside of the Libyan territory.”