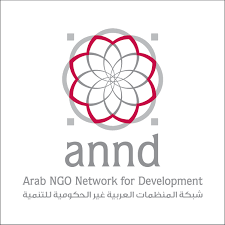 More than 500 organizations and academics from 87 countries, including the Arab NGO Network for Development (ANND), issued a statement calling on the International Monetary Fund (IMF) Stop promoting austerity and support policies that promote gender equality, reduce inequality and give people and the planet the highest priority.

The IMF is forcing some countries to opt for long-term loans by requiring them to implement austerity plans and to activate emergency and short-term funded stimulus measures through rapid disbursements. These policies create gender and economic inequalities and undermine any overall recovery process.

The Press Release of the 500 organizations and academics comes ahead of the annual meetings of the IMF and the World Bank scheduled to begin next week (12-18 October). It reads as follows:

We, the undersigned, call on the IMF to immediately stop promoting austerity in the world and call on it to support policies that promote gender equality (gender justice), reduce inequality and put people and the planet first. As people concerned with the capacity of governments to respect human rights and to progress towards the achievement of the Sustainable Development Goals, We express our deep concern at the IMF’s advice to countries to return to austerity at the end of the current crisis.This pandemic has lifted the veil on the serious impacts of low investment in health, education and social protection. The fallout from these failures is felt by marginalized populations, including women, the elderly, racial and ethnic minorities, informal workers and low-income families. The crisis has also highlighted the terrible and growing gap between the rich and the poor.

The IMF has repeatedly raised the need for a fair and green recovery. The institution said that economic, gender, climate change and mismanagement inequalities can weaken growth and undermine stability. In recent years, it has developed operational guidelines for officials on the inclusion of a gender analysis of economic inequality and approved a macroeconomic framework for social spending. All this indicates that the IMF is ready to use its influence and power to help countries reduce inequality.

However, despite its rhetoric and its own warnings about worsening inequalities, the IMF has already begun, in recent months, to place countries in long-term loan programs conditioned by austerity plans. We also note that many of the IMF’s pandemic emergency financing programs contain language that promotes fiscal consolidation in the recovery phase. As governments struggle to pay down growing debts and must continue to seek additional external financing for years to come, the IMF’s lending programs - and the conditions that accompany them - will play a very influential role in shaping the economic and social landscape as a result of this pandemic.

Austerity driven by fiscal consolidation will only exacerbate poverty and inequality and undermine the realization of economic and social rights. The IMF studies clearly confirm this; the fiscal consolidation of IMF programs has led to devastating reductions in investments in health and education, regressions in social achievements such as retirement, freezing of public wages and mass redundancies. In any event, the most vulnerable are the most affected by these reforms, while elites, businesses and creditors benefit. Apart from the direct effects, fiscal consolidation does not guarantee economic recovery and the creation of new jobs and can, on the contrary, aggravate deflation. Nor will it lead to a just transition to climate resilient economies.

Rather than austerity, it is essential to create fiscal space and give governments the time, flexibility and support to achieve a sustainable, inclusive and equitable recovery. Immediate and urgent action is needed to support the financial health of countries through grants, highly concessional funding, support for debt cancellation and restructuring and new Special Drawing Rights (SDR) allocations. However, medium and long-term stimulus efforts should continue to strengthen fiscal and policy plans that allow for increased rather than reduced social spending.and progressive tax policies that collect sufficient income and redistribute wealth equitably.

This means that a systematic assessment of the impacts of fiscal policy reforms on gender and economic inequalities must be undertaken while rejecting those that have negative social consequences. It also means that negotiations of agreements must be conducted in a transparent manner with the participation of various stakeholders, including civil society, within the framework of a national social dialogue. It is therefore necessary to recommend and promote progressive tax reforms such as taxes on wealth and surplus profits for large corporations and the fight against tax evasion and evasion. We must also support governments so that they can restructure their debt and prioritize high-quality investments in public services.

The global economy is at the crossroads between new decades of austerity and debt crises, or the adoption of a macroeconomic framework compatible with the fight against inequality and the establishment of climate justice, rights and sustainable development goals.Before the IMF 2020 annual meetings, we call on it to avoid repeating the mistakes of the past and to put an end, definitively, to the dark chapter of austerity.

Here is the link to the full press release and the list of signatories (in Arabic):

Tunisia: UGTT and the government sign an agreement that regulates the situation of 31 thousand construction workers