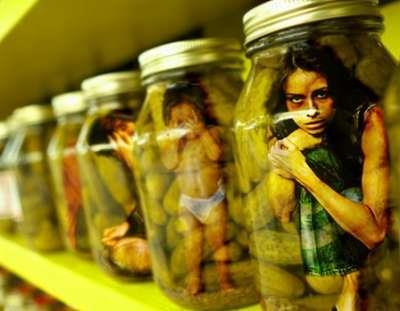 During a conference organized in Tunis, the Tunisian Association of Democratic Women (ATFD by its French acronym) presented a new study on the reality of domestic workers in the Greater Tunis region (the governorates of Tunisia, Ariana, Manouba and Ben Arous).

Going by the title “On domestic workers in the Greater Tunis region, conditions of work, the reality of violations and decent work stakes”, the aforementioned association released a study in which it revealed that only 3 female workers out of the 102 domestic workers that were questioned, had formal work contracts that guaranteed their social and health coverage while the rest work without any contract. .

The study also showed that 61 % of the female respondents did not have any document granting healthcare while the rest have free treatment access or low tariffs, through their husbands who have this treatment document.

Most of these female respondents suffered from various diseases which were classified according to the number of their frequency in the respondent category.

These diseases include that of the joints and spine, with 57 cases, allergy and skin diseases ranked second with 42 women and varicose veins came in third with a score of 31 cases, which threatens their lives and their continuation in the profession.

ATFD also confirmed that 80 % of female respondents are keen to continue working, regardless of circumstances

The same study also considered that moral violence is the most prevalent in their work and includes verbal humiliation with a rate of 86 %, insults are estimated at 50 %, accusation of theft is 39 %, ethical accusations of 36 %, in addition to other forms of violence.

Physical violence is also widespread, with acts of violent nature, such as pushing by 31 % and beating by 16 %.

During her participation in the conference for the study presentation, the Minister of Women, Family, Childhood and the Elderly, Asma al-Suhairi, confirmed the complete absence of a regulatory framework for the working relationship between the domestic worker and her employer as well as the lack of a possibility to monitor work within the family.

She also talked about the absence of a health and social system for domestic workers, in addition to the phenomenon of “brokering” in this sector, which is implicated in the employment of minors and young women who dropped out of school in domestic work, which Suhairi considered a form of human trafficking.

Suhairi also noted that this phenomenon is increasing in the rural and interior areas, where the minor’s guardian would send her to work despite her young age.

Suhairi finally affirmed that the Ministry is working to develop a system for domestic workers’ rights within the framework of a guaranteed minimum wage and a working relationship that guarantees inspecting the conditions of work and the approval of a health and social care system that guarantees their entitlement to these rights.